The Criterium du Dauphiné (CDD) is a great cycling event that is usually held in the month of June in the beautiful region of France, which is the territory in the South -east of the country, that includes the departments of Isère, Drôme, and Hautes-Alpes.

This cycling race is a great opportunity for the professional cyclists and teams to get an idea about where they stand with their preparation compared to their rivals, at only three weeks away from the more important ” Tour de France” (TdF). Most of the CDD stages are ridden on the same roads of the TdF, therefore is also a great opportunity to inspect the terrain on which they’ll be competing again in three weeks time.

Been mainly an alpine region, the Dauphiné presents stunning landscapes and beathtaking sceneries with beautiful mountains always in the background. The race itself is therefore usually more suitable for a climber type of cyclist, however usually a couple of flatter stages and a Time Trial day can help an overall rider with a strong team to aim for victory.

This 2019 edition has been won by Jakob Fuglsang of Team Astana ahead of Tejay Van Garderen of Team EF Education First, and Emanuel Buchmann of Team Bora – Hansgrohe. Adam Yates of Team Mitchelton-Scott was in the lead of the race up until stage 7, then unfortunately had to retire from the competition due to a stomach problem.

Julian Alaphilippe of Team Deceuninck-Quickstep came to this CDD without expectation he said, but been the amazing talent he is, he’s won a stage and finished in Champéry with the climber’s Polka Dot jersey on his shoulders. Wout Van Aert has won the Green Jersey for the points classification, and BJORG LAMBRECHT is the winner of the White Jersey, for the young rider’s classification. Amongst all the great riders in this year’s Criterium du Dauphiné, there was Chris Froome of Team Ineos that unfortunately had to pull out pretty soon due to an accident that unfortunately seem to keep him out from competing also in the TdF. Let’s hope he’ll be able to get back as soon as possible and so, we wish hil all the best for a speedy recovery.

Nairo Quintana of  Team Movistar, Dan Martin of Team UAE Emirates and Romain Bardet of Team Ag2r were also in the group but probably mainly just in preparation for the TdF. Anyway, this CDD has clearly given an indication of the conditions of riders and teams leading to the TdF 2019, of course this is only a week-long event, whether the “Grande Boucle” is a much heavier 3 WEEKS of challenging long stages where anything can happen.

Thank you for passing by and for reading this post and, as usual.. remember to GET OUT MORE as it’s

Follow on the other social media platforms such as: 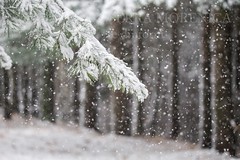